Well this blog post from last November has been rendered irrelevant. The video that it linked to on Spankingtube.com (below the fold) apparently was deleted. After hearing about the nonsense ServingB put up with I can understand why.

So, as a consolation I've added this other video so the page will have some content. I've linked to another video where another lucky fellow has a fine lady who enjoys her chores best with a nice wide paddle.

Grab the popcorn folks, I'm going to review another little spanking movie.
In my last blog post I commented on the quality (or lack thereof) found in the typical video on SpankingTube.
I mentioned how I prefer videos that don’t have annoying distractions, like plots.
Tina at Die starke Frau apparently took exception with the fact that a video without a plot could be considered enjoyable. 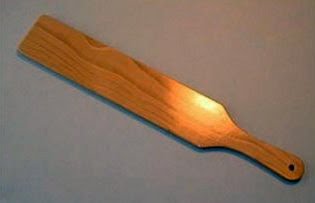 Maybe it’s a spankee thing, or a guy thing... or maybe it's just me; But if I’m going to watch a spanking video part of the attraction is being able to imagine myself in the same scenario. Automatically for me, that would preclude a woman dressed in black rubber or leather wearing 8” high heels and carrying a bullwhip. Basically, I just can’t imagine My Fine Lady dressed in black leather wearing 8” high heels. The bullwhip part? Yeah, I can imagine that but we don't own one... yet.
Not that she wouldn’t look good in black leather and 8” high heels. More so that my particular kink and what I find sexy is more toward the typical House Frau in a sort of June Cleaver or Donna Reed-ish sort of way.
Trust me, if My Fine Lady were to do something like put on black leather, 8” high heels and pick up a bullwhip there isn’t a man out there who’s pulse wouldn’t race and if he’s smart enough... he’ll run like hell.

So in any event, if there is too much talking or too much of a plot or playing dress-up, I find it harder to imagine myself in the same scenario. Not to mention when there is an attempt to apply a plot to a short spanking video it usually become obvious that we spankos not only share an interest in hot sore asses, but also a complete lack of acting ability. 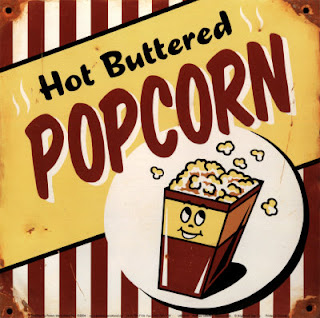 Today’s subject of discussion is another one of the videos found at the bottom of the page. Now here we have a spanking with a mini plot that’s easy to get past since it’s rather brief. Obviously, he’s done something wrong and it’s also obvious that she intends to do something about it. It starts with a bit of dialogue, but we’ll ignore that. To me the “young man” is a bit contrived and a “mister” might play better there, but we all get the point… he’s going to be spanked.

Now I suppose there are a couple of things I really admire about this video.

First, is how determined this particular lady is to see to it that her man will be able to remember the spanking. It would appear that our hero, “Bill” has already had a bit of a warm up and from this little short one could imagine that the warm up itself was probably a memorable event unto itself.

Without much ado, she firmly, very firmly I might add, applies an actual 50 dose of what appears to be a somewhat light, yet rather intimidating paddle that I’m sure contains a considerable amount of sting. The concept of being bent over a chair like this is not one I ever want to find myself in. I'm much more comfortable (sic) over My Fine Lady's luscious lap.

The astute observer will note that this particular lady is probably a pretty good competitor on the tennis court. Her swing is purposeful, consistent and the follow through is certainly to be admired. Admired might not be the right word, perhaps feared would be better. She is certainly a no nonsense woman who happens to display the same sort of determination that at time plays upon my own sorry ass.

If I happen to be getting a stress relief spanking and My Fine Lady sees that the spanking is getting to be very effective she might lessen the dose slightly or vary the speed at least until I regain a little bit of composure.

On the other hand, if I’m getting a real punishment spanking similar to what is portrayed in this video I can be sure that my movements, complaints or objections will fall on deaf ears, as happens to our poor lucky subject Bill in this video.

The second thing I admire about this particular video is how well “Bill” manages to stay in place. That’s not something I’ve yet been able to completely master. In my particular case at some point I often manage to get out of position and of course usually pay dearly for it.

I look forward to your comments and I'm curious to learn how many others may find bits of this video intriguing.

The subject of my next astute review will be the wimpy weenie video, also found at the bottom of the page.
Posted by OnHerKnee at 12:45 PM