Spanking Our Way to World Peace 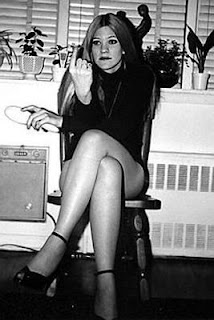 Spanking seems to depend on many visual clues, perhaps more so than any other interaction between a man and a woman with the exception of intercourse itself.

Many couples seem to use visual cues that may be used long before a hand or paddle actually touches buttocks.

Sometimes minutes ahead of time, sometimes hours and at other times days before the inevitable sting of implement on flesh the spanker will send a signal that sets the stage for the unavoidable, the inevitable spanking.

Some couples may use some sort of signal that will have meaning only between the spanker and spankee. 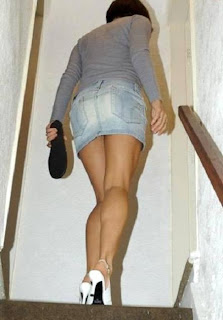 The signal may be something as simple as an implement left in view for the lucky recipient to see. Perhaps a hairbrush left on a pillow, perhaps a picture moved out of place or even something with more visual impact such as an outfit being worn that is only worn for spankings.


The symbolism that screams spanking can actually be very small little visual cues. The curling finger that stops us in our tracks and makes our hearts skip a beat or that same finger that points you into the position of presentation.

We spankos are a very visual lot, certain sights simply send the mind spinning with anticipation. Wdspoone recently blogged about all of the images that have been posted over and over again from blog to blog that illustrate clearly the appeal of our desire to imagine ourselves falling into the image.
So many of the images portray the same thing over and over again. If I simply say the photo of the woman who is preceding the spankee up a flight of stairs or leading her man by ear with an implement in hand you all imagine probably one of the same photos that I do.
Many of us have seen that actual same visual cue playing out in real life or more specifically on our own butts. It tells an entire story that plays out in our minds and we all clearly envision everything that particular view screams is about to happen.
We can look at the same image dozens of times. One time we may imagine ourselves being taken to the bedroom and bent over the foot of a bed, or, more likely we see ourselves brought over her knee for what is surely to be a life altering and most certainly painful spanking.

We imagine the entire event being played out and of course dream of the aftercare that signals the spanking is over and all is forgiven.
There are other reoccurring images that flash through my brain as I think about it. They all have the same outcome… Some lucky fellow is going to end up with a very sore ass. We see it and it has both a frightening but also has an incredibly powerful appeal as we wish ourselves living the event. 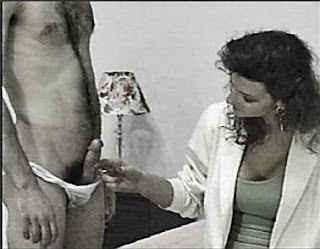 Another reoccurring theme to F/M Spanking photos and artwork is the hapless fellow standing in front of his disciplinarian either naked or with his pants being pulled to his ankles. Naturally, his joystick is waving in the breeze in anticipation of attention. W

ell, we all know how the story plays out… The fine lady of course makes some sort of remark that says the little fellow won’t be needed right now and that her man will be getting her undivided attention but it won’t be to the benefit or pleasure of Mr. Happy.
Imagine that, a universal language that crosses every geographic or political border; not to mention the ions of time. These photos and artwork may be of women who don't speak a lick of English... Do any of you have difficulty understanding the meaning suggested in these examples?
It’s unique that these things, these visual cues are not only international but also timeless in the nature of their understandable meaning.

This spanking language, this universal encoded yet totally understandable communication by visual cues could be the one thing that all mankind shares. The possibilities are endless.
World Peace through Spanking!
Posted by OnHerKnee at 11:44 AM