Does Maintenance Work for You? 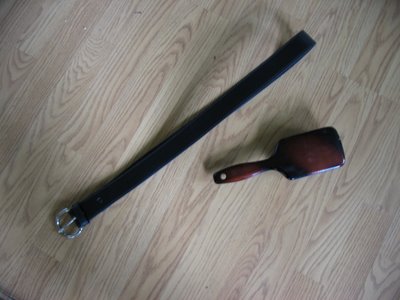 Something more that had been missing from my life, specifically from my relationships. The concept of a happy household didn’t seem like an impossibility anymore. Like many of my age I grew up watching Donna Reed and the Nelsons. Their way of life had not become mine, it was all fantasy.

Of course when I discovered DD I read everything I could find about it, joined many Yahoo groups and read every blog I could find written by those who claimed to have established and were living in such relationships.

Of course not. I would caution anyone from ever taking the tact that DD can only be done by their standards that would work for them.

In fact that’s one of the most critical dynamics of a Maintenance Spanking, giving the relationship the opportunity to communicate and explore, finding ways to make it stronger for the standard they see and wish to establish and not having to do it the way everyone else says it has to be.

Here’s a basic template for a Maintenance session that might work for you:

The spanker may have to have an extra sore arm by Saturday night as the bottom’s butt must be treated twice in that one day. Or the next day, but you get the picture.

When you have some more experience “under your belt” so to speak, the Top and Bottom will have the opportunity to discuss and decide for themselves if once every two weeks or once a month or for that matter several times a week would work better for themselves. Nothing says you two can’t decide as you go, but it should be a mutual decision. Of course your mileage will vary.

Get together and talk, the conversation should be what you both expect and what your thoughts have been with how DD is working for you. Decide how you both can use it to strengthen your relationship and make you both better. Of course avoid just making it a bitch session, if it turns into one, put an end to it just like any argument. Cool heads must always prevail, revisit it when you both can talk and never argue, it’s not the time for anger. If there is ever too much anger then maybe it's time to evaluate if DD is right for you at this time.

Severity could be just as intense as a basic punishment spanking, it should be real. No, not a “you won’t be able to sit for days” spanking but you’ll need to see all the stages, maybe impatience straight through past any tears to acceptance and full submission.

Maintenance Spankings offer the chance to reestablish the authority and reinforce or fan the flames of your mutual respect and desires.

Although it should IMHO be severe, it’s Maintenance, not a punishment. Even if you use an implement, consider starting and finishing with bare hand OTK. Bare hand OTK… the touch, adds a closeness that doesn’t easily pass through the handle of a hairbrush.

Time permitting the aftercare should be as long and passionate as possible, at the very least never neglect aftercare for a Maintenance Spanking, it doesn't always have to lead to the bed, but why not if time and mood permit.